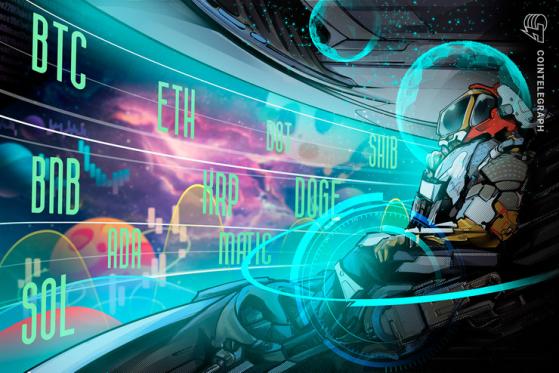 (BTC) and several major cryptocurrencies have been trading sideways as traders avoid taking large bets before the United States Federal Reserve’s Jackson Hole Economic Symposium, which begins on Aug. 25. The volatility is likely to soar as investors get some clarity on the Fed’s stance in the next few days.

On Aug. 23, a team led by Goldman Sachs (NYSE:) chief economist Jan Hatzius said that Fed chair Jerome Powell could sound dovish when he speaks on Aug. 26, reiterating that the central bank may move at a slower pace in future meetings. The analysts expect the Fed to raise rates by 50 basis points in the September meeting, which would be less than the 75 bps hike done in June and July.

Currencies around the world are tumbling. Except Bitcoin.

SolidProof Enhances its Services for a Safer DeFi Space

Currencies around the world are tumbling. Except Bitcoin.

SolidProof Enhances its Services for a Safer DeFi Space