Three Purrfect Meme Coins to Add to Your Portfolio in 2022: Big Eyes, Dogecoin And Shiba Inu

How have meme coins become so popular, and why have these tokens gained such a following? Many of these cryptocurrencies have solid foundations. Combined with their ethos, branding, and images, they are favourable to quick growth because of their devoted and involved communities.

DeFi builds on the fundamental idea of Bitcoin (BTC), which is digital money, to create a fully-fledged digital alternative to Wall Street without any accompanying fees. This could lead to more accessible financial markets that are free, open, and fair to everyone with an internet connection, making it easy for individuals.

Earning interest, borrowing money, lending money, purchasing insurance, trading derivatives, trading assets, and other activities are all possible with DeFi. Still, the process is quicker and doesn’t involve formalities or a third party. DeFi is global, peer-to-peer (meaning directly between two people, not routed through a centralised system), pseudonymous, and available to everyone, much like crypto in general.

The main goal of decentralised finance (DeFi) has been to make it easy to trade and exchange digital assets. For the typical user, this can occasionally be too technical, and it has no attraction beyond that. There are many great opportunities to make a lot of money in the future with crypto, and the one to watch this year is Big Eyes Coin (BIG).

What Is Big Eyes Coin (BIG)?

Big Eyes Coin (BIG) is a new platform that allows users to make money from every angle. According to Big Eyes Coin, decentralized finance will be as simple, accessible, and feasible. The usage of back-end infrastructure and clear tutorials will make this achievable.

Community-based cryptocurrency Big Eyes Coin (BIG) will provide users with more than just a way to conduct transactions. Big Eyes Coin is mindful that a cryptocurrency’s user base is where its true power and value lie. Developers and innovators who build tools and systems for the ecosystem’s expansion make up this community. Investors and their investments will come first on the Big Eyes Coin (BIG) platform. To ensure that the platform continues to be financially viable, a dynamic tax mechanism will be put in place. Changes like the Auto Burn Function, Liquidity Provider (LP) Acquisition, and marketing wallets will be possible thanks to the tax system.

The platform will promote a list of top 10 community-based non-fungible tokens (NFT) initiatives that will benefit the ecosystem. Users can earn money through these initiatives and gain entry to upcoming Big Eyes Coin Events. The site will launch a club called Big Eyes Sushi for dedicated NFT owners. Users must purchase a Non-Fungible Token from the platform.

To gain acquisition through social media influence, its first success will depend on how well and widely used the platform is at this early stage. Big Eyes Coin (BIG) has outlined its strategy for maximising growth in a relatively short amount of time.

The construction and selling of physical and digital goods will serve as a means of financing for Big Eyes Coin (BIG). The platform’s token and ocean charity projects will be expanded with the money raised. The project’s values will be like The Cat, its mascot. The platform’s users commit to being energetic, amusing, robust, and friendly.

The community will be decentralised, and token holders will have a say in important platform choices. For instance, revenue from NFT events will be used to determine whether or not customers should burn the money.

The utility token of the platform, BIG, will be used to efficiently operate members of the Big Eyes (BIG) ecosystem. Regular freebies and incentives for using the site will be offered, taking the form of BIG tokens and NFTs. Users won’t be subject to any buy-sell taxes or transaction fees. 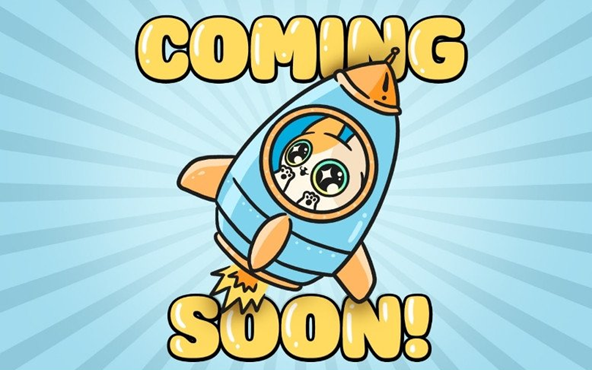 Shiba Inu’s (SHIB) burn events have caused a boom in the meme coin during the last two months. However, the SHIB holding community is still worried about the burn. On the community-focused discord channel for the coin, SHIB BPP predicted that 111 trillion Shiba Inu will burn over the upcoming year.

111 trillion could be destroyed in the upcoming year, according to SHIBQueenie, the community’s Discord channel administrator. A collectable card game called Shiba Eternity will be present at Gamescom. The world’s largest gaming convention and trade show would encourage Shiba Inu adoption and raise awareness of the breed among owners. William Volk, director of Shiba Inu, will attend Gamescom and represent the meme coin project.

Publishers of video games and gaming companies showcase new hardware and software to participants from the commercial and consumer sectors each year at the gaming exhibition.

Also, Shiba Knight predicted a resurgence for the meme currency after spotting a rising shape on the Shiba Inu price chart. Analysts of the meme coin agree that the currency is about to start growing again. Bulls on SHIB will likely push the meme currency higher.

How Did Dogecoin (DOGE) Get To Where It Is?

Dogecoin (DOGE) was created in 2013. Its original goal was to be a lighthearted Bitcoin opponent. Jackson Palmer and Billy Markus had no idea that anyone would put money into the project.

The token largely went unnoticed until the spring 2021 meme-stock craze, when fundamentally dubious companies like GameStop and AMC Entertainment Holdings saw their stock prices soar due to increased attention from the retail investment community. This conduct also spread to the cryptocurrency industry.

Elon Musk, the CEO of Tesla, and Shark Tank millionaire Mark Cuban have referred to Dogecoin, which has caused its price to rise at various times. Since May of last year, the token’s downward trend has persisted. But over the past month, as speculative activity has increased, Dogecoin has soared nearly 30%.

Amazingly, Dogecoin (DOGE) has remained a popular and significant cryptocurrency. It’s challenging to see any differentiator that it can offer besides having a history of being a lighter, entertaining cryptocurrency that has drawn a sizable group of supporters. The number of Dogecoin holders has significantly increased due to the release of Dogecoin Core 1.14.6.

Over 1% has been lost on the worldwide cryptocurrency market over the last few days. The total market value is currently around $1.02 trillion, with around $200 million being liquidated,  over the last 24 hours, according to Coinglass.

While Bitcoin’s (BTC) value struggled in the past year due to the Crypto Winter, popular meme coins like Dogecoin (DOGE) and Shiba Inu (SHIB)  managed to rise. According to data, the market capitalization of meme currencies increased by an average of 3% over the past few days to reach $17.1 billion.

Disclaimer: This is a paid release. The statements, views and opinions expressed in this column are solely those of the content provider and do not necessarily represent those of Bitcoinist. Bitcoinist does not guarantee the accuracy or timeliness of information available in such content. Do your research and invest at your own risk.

Why Bitcoin, Ethereum May Not Be The Best Plays For The Next Bull Market

Why Bitcoin, Ethereum May Not Be The Best Plays For The Next Bull Market