Will Bitcoin continue crashing, what’s the source of its latest downside

The Bitcoin [BTC] narrative that has prevailed in the last few weeks is that it was still trading at a discount between the $20,000-$22,000 price range. Despite this, it still experienced a lot of selling pressure which pushed the king coin below $20,000.

Bitcoin’s inability to stay above $20,000 suggests that there was incoming sell pressure that overwhelmed the prevailing demand. It turns out that some of the selling pressure was due to outflows from miner reserves.

Bitcoin miner reserves dropped by 7817 BTC from 6 August to the present. This equates to roughly $154 million at its current price range.

Although that kind of sell pressure is still low compared to Bitcoin’s daily volumes, it was enough to trigger a sentiment shift.

N0tably, the selling pressure was also exasperated by an increase in sell pressure from leveraged long liquidations. There were multiple instances in August where long liquidations spiked, curtailing any potential upside.

Furthermore, miner flows have slowed down in the last two days and the same goes for long liquidations. This has given way to a slight uptick in Bitcoin’s open interest, suggesting that the demand from the derivatives market is increasing.

The impact of the selling pressure observed in the market has undoubtedly triggered the return of FUD (Fear Uncertainty and Doubt). This has affected institutional and whale investment, triggering more outflows. 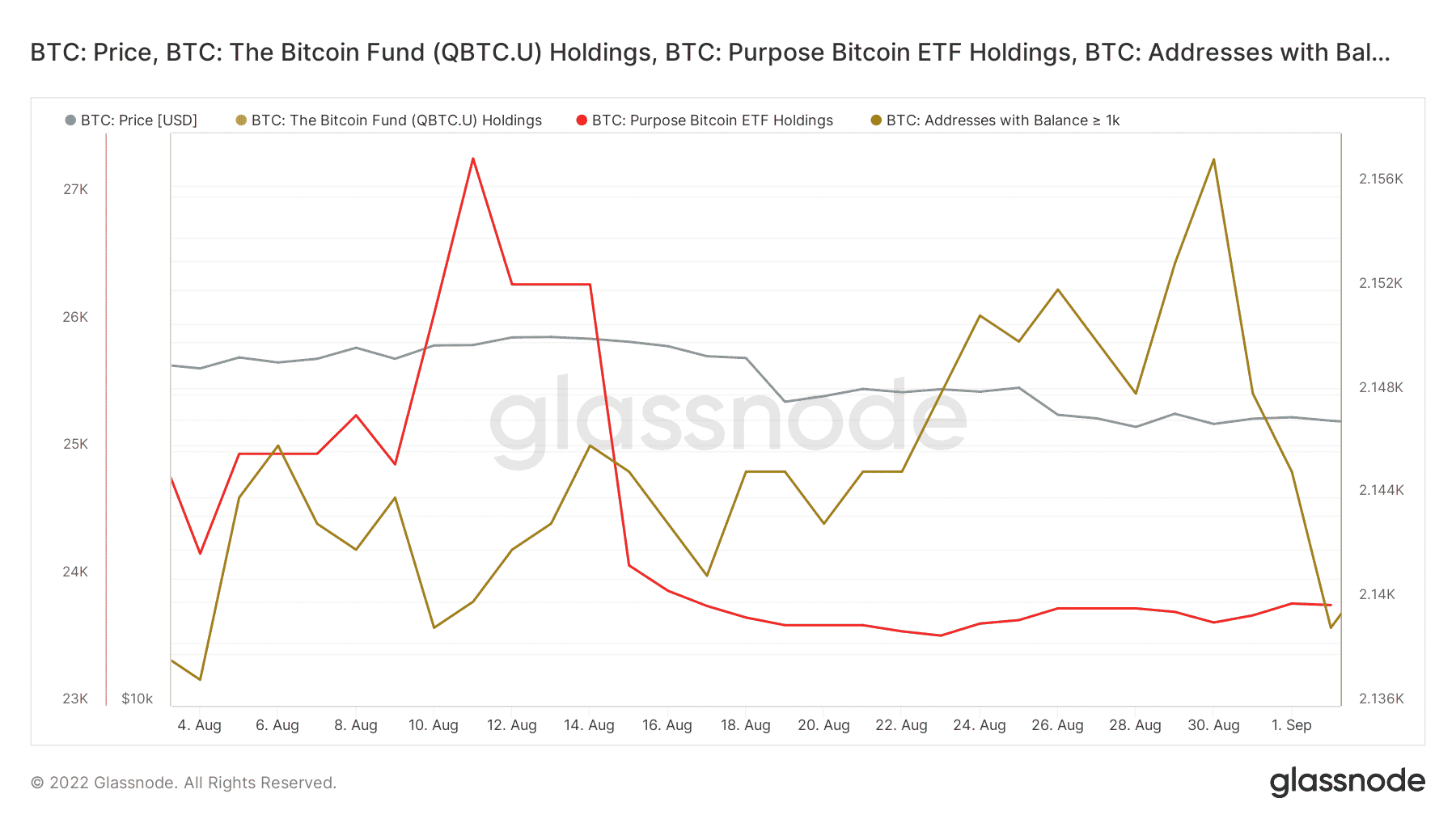 Much to the surprise, Bitcoin ETFs contributed significantly to the selling pressure. The same applies to addresses holding more than 1,000 BTC.

Is it a good time to buy?

The outflows from whales and institutions have notably reduced, hence the selling pressure has reduced. The king coin is yet to recover from the downside, suggesting that investors are still on the fence about FOMOing back in.

Bitcoin’s current market conditions suggest that there is still a lot of uncertainty in the market. Although there is a chance that Bitcoin might recover from the current levels, macroeconomic factors might lean towards the bearish side.

Increased interest rates might place more pressure on investors, leading to additional outflows. On the plus side, investors may have a better opportunity to buy in at lower prices if Bitcoin continues its decline.

How crypto can empower women