Will This Cryptocurrency Be the STEPN of 2023?

In many ways, STEPN (GMT -3.47%) has been one of the standout success stories for the crypto community in 2022. Since its launch in March, STEPN is up roughly 320% for the year. What makes STEPN stand out is that it pioneered an entirely new concept: move-to-earn gaming. Until this year, if you had told someone that you could earn crypto by buying a pair of digital sneakers online and then going out for a walk in your neighborhood, people would have thought you were crazy. But the idea was so novel that investors immediately grasped its significance.

So what might be a similar type of concept that will captivate the crypto community next? This needs to be more than just “the next hot non-fungible token (NFT) project” or the “next big meme coin.” This needs to be a huge, macro storyline that impacts the entire blockchain and crypto industry and galvanizes investors to think big about crypto in 2023. One such storyline might be the “Internet of Blockchains” concept from Cosmos (ATOM 4.61%).

What is the Internet of Blockchains? 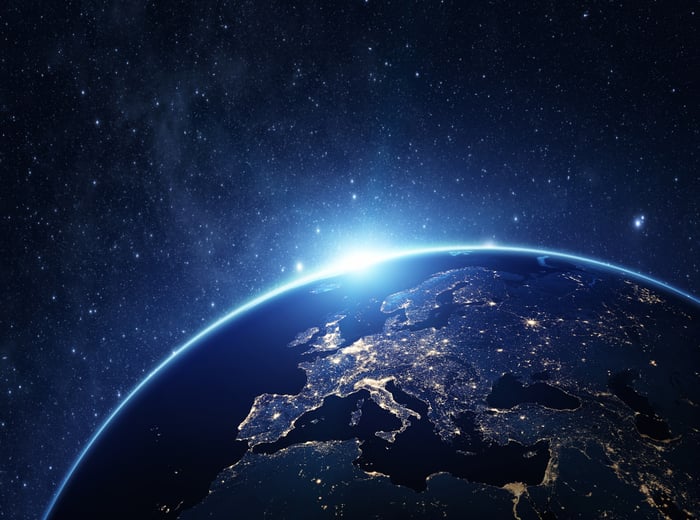 The concept of interoperability might sound simple and obvious, except that it’s not. Most people don’t realize how difficult it is to exchange data and digital assets (such as NFTs) across blockchains that are not compatible. It would be as if two people could not communicate because they are using phones with different mobile operating systems. Or think about two people not being able to send email messages to each other because they are using different email clients.

Interoperability is a pressing technological issue right now, and that’s why the Internet of Blockchains approach could be so huge for Cosmos if it manages to solve this problem. Using the Inter-Blockchain Communication (IBC) protocol, for example, two different blockchains can seamlessly exchange data and assets. Using the Cosmos software development kit (SDK), blockchain developers can easily create app-specific blockchains that plug into the Cosmos ecosystem. Some of the highest-profile blockchains in the world — including Cronos (CRO -3.04%), which is the blockchain for Crypto.com — have been built using the Cosmos SDK.

The Cosmos investment thesis takes off

One reason I think the story of move-to-earn gaming took off this year is that it was an easy concept to understand. You didn’t have to understand anything about blockchain architecture or crypto governance tokens to understand that a fun gaming experience that can also make you money. This made for an incredibly attractive investment thesis for putting money into STEPN.

So it was interesting that, in August 2022, New York-based investment manager VanEck put out a $140 price target for Cosmos, based largely on the concept of blockchain interoperability. This, of course, raised a lot of eyebrows, given that Cosmos is currently trading at only around $15. What did these money managers in New York know that most retail investors did not? All of a sudden, YouTube crypto influencers started to post videos online about Cosmos getting ready to explode in 2023.

Can Cosmos really become the next STEPN?

Now, this is not to say that Cosmos is going to become the next STEPN. Cosmos is still relatively tiny, with a market capitalization of a little more than $4 billion, and many people probably have never heard of it. And there are many other developer communities also working on the concept of blockchain interoperability, so there is plenty of competition for Cosmos.

However, based on our collective experience around move-to-earn gaming, it is possible to see how an incredibly high concept crypto can become “sexy” if people are making money from it. Could the same thing happen with Cosmos? Over the past 30 days (about the time of the VanEck report), Cosmos is up about 30%.

For now, I’m taking a wait-and-see approach with Cosmos. I still need to dig more into the technical specifications of Cosmos. But I’m definitely paying attention now that Cosmos ranks as one of the top-performing altcoins of the past month. I’ll be checking out the upcoming Cosmoverse 2022 conference in late September and putting Cosmos on my watch list for the remainder of the year.

Crypto Can Be Subject to Capital Markets Law

Crypto Can Be Subject to Capital Markets Law