On 15 October, Éditions Victor Gadoury will hold their traditional autumn coin auction sale. There is a wealth of high-quality coin rarities on offer – from ancient to modern times. A special focus is on France and Italy, as well as on world gold coins from every time period.

On 15 October 2022, it’s time to look to Monaco as Éditions Victor Gadoury will hold their auction sale. 979 lots with world coins and medals from ancient times to the 20th century are waiting to find new owners. Estimates start in the three-digit range. But Gadoury wouldn’t be Gadoury if there weren’t numerous issues with estimates in the five- and six-digit range to choose from, too.

For all those who cannot travel to Monaco in October, Gadoury had almost all coins graded by NGC. Therefore, you will encounter many coins described as Top Pop in the auction catalogue, which means that there are no specimens of this issue that were given a higher NGC grade.

The coin auction focuses on Italy – with another part of the royal collection with coins from the House of Savoy – France and Great Britain. But collectors of ancient and Habsburg coins as well as of specimens from the German states should also take a close look at the catalogue.

The auction starts with about 100 ancient coins – Greek, Celtic, Roman, Byzantine issues and specimens from the Migration Period – including many gold coins. Especially among the Roman aurei from the Republic to the Tetrarchy, there are many pieces of excellent provenance that goes back many decades. 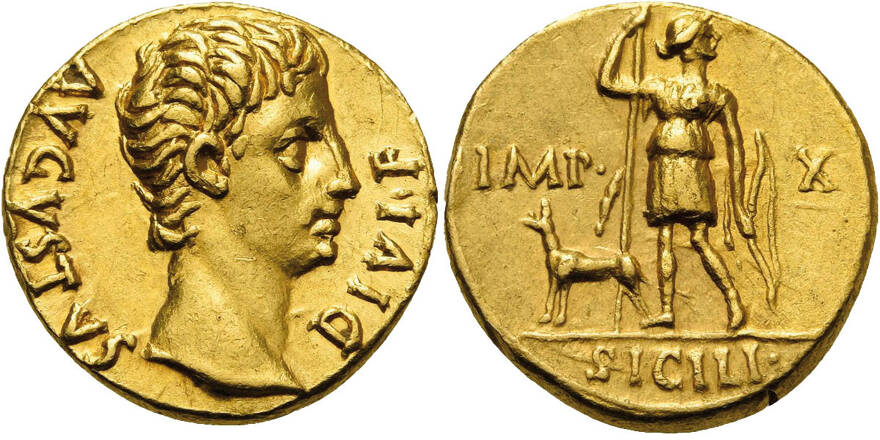 A good example for this are two aurei of Augustus. One of them entered the market for the first time in 1949 as part of the collection of Count Alessandro Magnaguti, the other one is from the Ponton d’Amecourt Collection, which was sold by Rollin & Feuardent in 1887.
The exquisite aureus of Elagabalus, first offered in 1975 in NFA’s first sale, was once part of the coin collection of the Santa Barbara Museum of Art, which was auctioned off at the time. 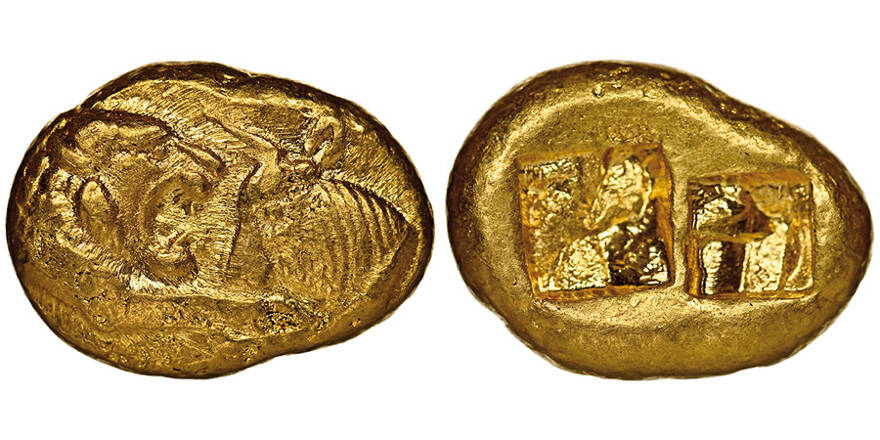 After a small, interesting selection of coins from Monaco – Gadoury is, after all, “the” specialist in this field – there are more than 850 lots with world coins. The material is incredibly diverse and varied, which is probably best illustrated by the fact that the offer includes specimens from as many as 50 nations. So there’s something for everyone! For connoisseurs and investors, there are many precious items to discover. For example a 10-fold ducat of Stephan Bocskai, who was appointed Prince of Transylvania in 1605. The reverse shows an arm in armour, holding a sword with a ribbon wrapped around it.

The ribbon reads in Latin “for God and Fatherland”. In fact, the Protestant Bocskai united various groups under his banner that demanded religious freedom as well as independence from the Habsburgs. For them, he quoted a slightly shortened version of a motto by Horace on the coin: It is sweet and honourable to die for one’s fatherland.

As always, French issues play a major role in Gadoury’s auction sale. There are 200 lots from the Grand Nation, including numerous rarities of historic and numismatic significance. A good example comes from the extensive section of coins and medals of Napoleon that are on offer in Gadoury’s auction sale. The highlight is a gold medal from Napoleon’s time as First Consul. It was dedicated to General Desaix, who was killed on 14 June 1800 in the Battle of Marengo, after securing Napoleon’s victory over Austria.

Napoleon dedicated numerous tributes to his late comrade, and also named a Paris quay after him. This medal commemorates it. Today, by the way, there is no Quai Desaix in Paris anymore. It was renamed Quai Branly. The most expensive piece in the French section is of extreme rarity and of utmost historical importance. The pattern shows Henri V, a French king who never reigned.

Henri V was the grandson of Charles X, who abdicated in his favour as a result of the July Revolution on 2 August 1830. Henri, who was not even 10 years old at the time, was the son of Charles X’s second eldest son, who had been assassinated in 1820.

After the Citizen King took power, he was taken to Prague where he was raised by Jesuits. After a few years in Great Britain, Henri V settled Gorizia, today in Italy, and ran a royal household in exile with his private fortune – up to his death, he would never give up the claim to the French throne.

Gadoury is proud of being able to offer an extremely rare gold essai piéfort of the never issued 5-franc piece featuring the portrait of young Henri, a specimen that is the most beautiful piece of this coin type that NGC ever graded. Of almost even greater numismatic importance is the pattern for the gold 100-franc piece of 1855 minted in Paris. Only two pieces of this coin type are known to experts. This pattern testifies to the development of one of the most important gold coins of the 19th/20th centuries.

The French 100-franc piece was first issued in 1855. It was to become of utmost economic importance. After all, merchants did not only use this coin to pay in their own country but also in all surrounding territories. This led to the fact that the Latin Monetary Union was to issue its coins according to the French standard one decade later. More than 60 lots with coins from Great Britain are part of Gadoury’s 2022 autumn auction. Here, too, connoisseurs will encounter great rarities such as a gold essai for the 20-shilling piece of Lord Protector Oliver Cromwell, or several of the popular 5-guinea pieces including two by William III, one of Queen Anne and two of George II. At 200,000 euros, the lot with the highest estimate of the entire auction isn’t a 5-guinea coin but a pattern for a 5-pound coin whose portrait was created by the great engraver William Wyon in 1831. Only about 6 to 10 specimens are known of this show piece.

More than 250 lots with coins and medals of the Italian states and the House of Savoy are on offer at Gadoury. And that’s no surprise – after all, Italy is another of Gadoury’s specialties. Those interested in the iconic coinage of Venice can look forward to some special highlights including the first ducat minted by Giovanni Dandolo and a ducat of Nicolò Tron, who was highly controversial in Venice. Of particular interest is an osella of 4 zecchini issued by Alvise III. This doge, who made a career for himself fighting the Turks, was able to enjoy a calm reign since he was part of the delegation that concluded the Treaty of Passarowitz with the Turks in 1718. A wealth of highly important coins comes from another part of the royal coin collection of the House of Savoy. Once again, the time frame comprises issues from the Middle Ages to the end of the dynasty. In addition, there are some patterns for Italian post-war circulation coins.

As examples for the offer, we present three very special pieces.

The first one is a 100-lire gold coin of which as few as 40 specimens were produced in 1926, exclusively for coin collectors.

The second lot is a 1940 gold coin that was never issued.

There are two varieties of this pattern, one without an additional inscription and a second one – which is much rarer – including the reverse inscription PROVA. The second one is the piece on offer at Gadoury.

Here a selection by category of the best and Of course, it is also possible to bid live on your computer at home via www.biddr.ch!