Short Binance Coin [BNB] at $300? Here is why a bearish move is likely

Disclaimer: The information presented does not constitute financial, investment, trading, or other types of advice and is solely the writer’s opinion.

Binance Coin [BNB] was ranked 7th on CoinMarketCap and was the largest exchange token by market capitalization. It witnessed enormous gains since early 2021. The bear market of the past year saw the coin fall from $650 in November 2021 to $200 in late June.

Binance has also been going strong, and most analysts expect this trend to continue. Years into the future, BNB could be one of the giants of the ecosystem. Yet, in the next month, the picture was not quite as rosy. 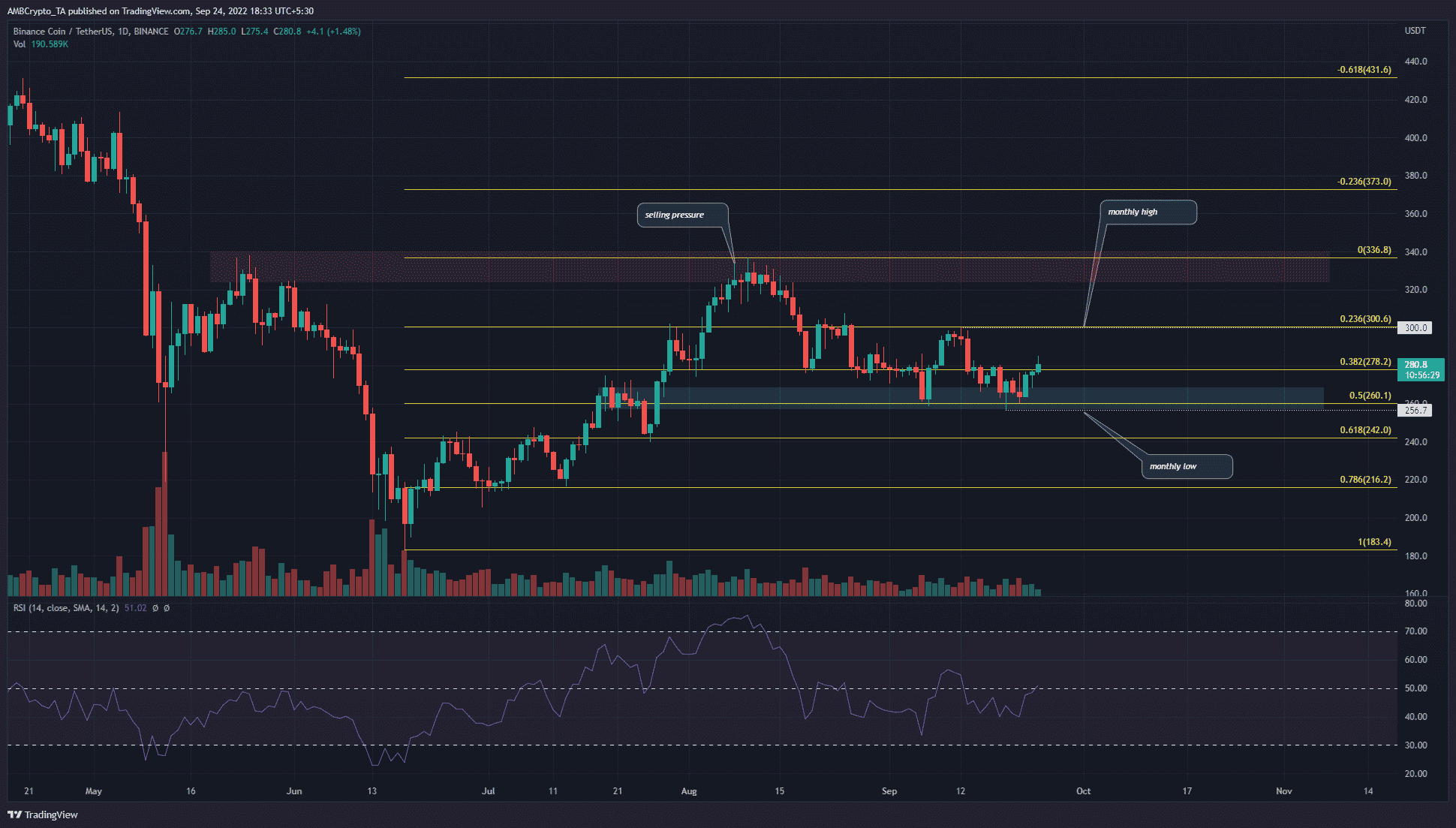 The support and resistance zones were marked in cyan and red respectively. In mid-May and early August, the $336 mark decisively rebuffed bullish efforts. Moreover, the $300 level was a psychologically important one. Hence, the region around it could be a massive battlefield on the order books as bulls and bears fight for control.

At press time, the bears held this territory. Earlier this month, an attempt to scale the $300 heights was pushed back, and a retest of the $260 zone was effected. The market structure was also bearish for Binance Coin since August, when the $300 mark was flipped to resistance.

This bias would remain in the weeks to come. Sell when BNB reached $300, and look for buying opportunities around $260. 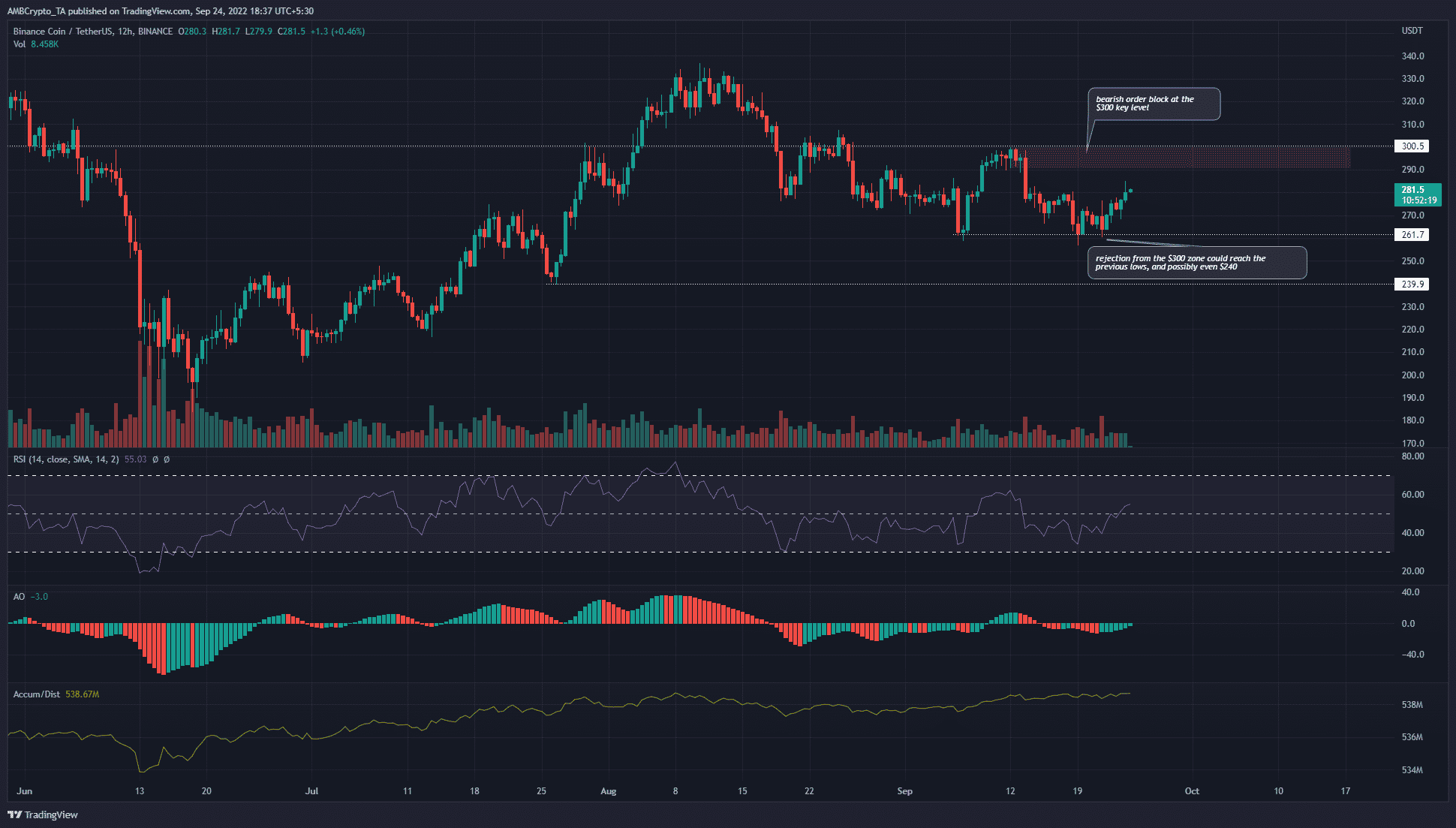 The higher timeframe market structure was bearish for Binance Coin. This meant that, on the 12-hour chart, a trader can look for shorting opportunities. A bearish order block formed near the $300 mark, once again highlighted in red.

The confluence of a key level alongside a H12 order block suggested that high probability short positions could present themselves in the days to come. The Relative Strength Index (RSI) was at 55, which was weakly bullish. This was in response to the bounce from $260.

The Awesome Oscillator (AO) was not yet above the zero mark, and showed slight bearish momentum. The Accumulation/Distribution (A/D) line trended upward since June but was flat in the past two weeks.

The price action strongly hinted at a shorting opportunity at the $300 mark. A move past this level would flip the long-term structure to bullish. Yet, with Bitcoin below the $19.6k resistance, caution was warranted over the next week.

A move above $20k could help Binance Coin break its resistance as well. Such a scenario would invalidate the bearish ideas presented in this article. Until then, downside targets would be $260 and $240 after a retest of the $300 region.

How To Deposit Dollars Into Your Ethereum Wallet Through Robinhood

How To Deposit Dollars Into Your Ethereum Wallet Through Robinhood