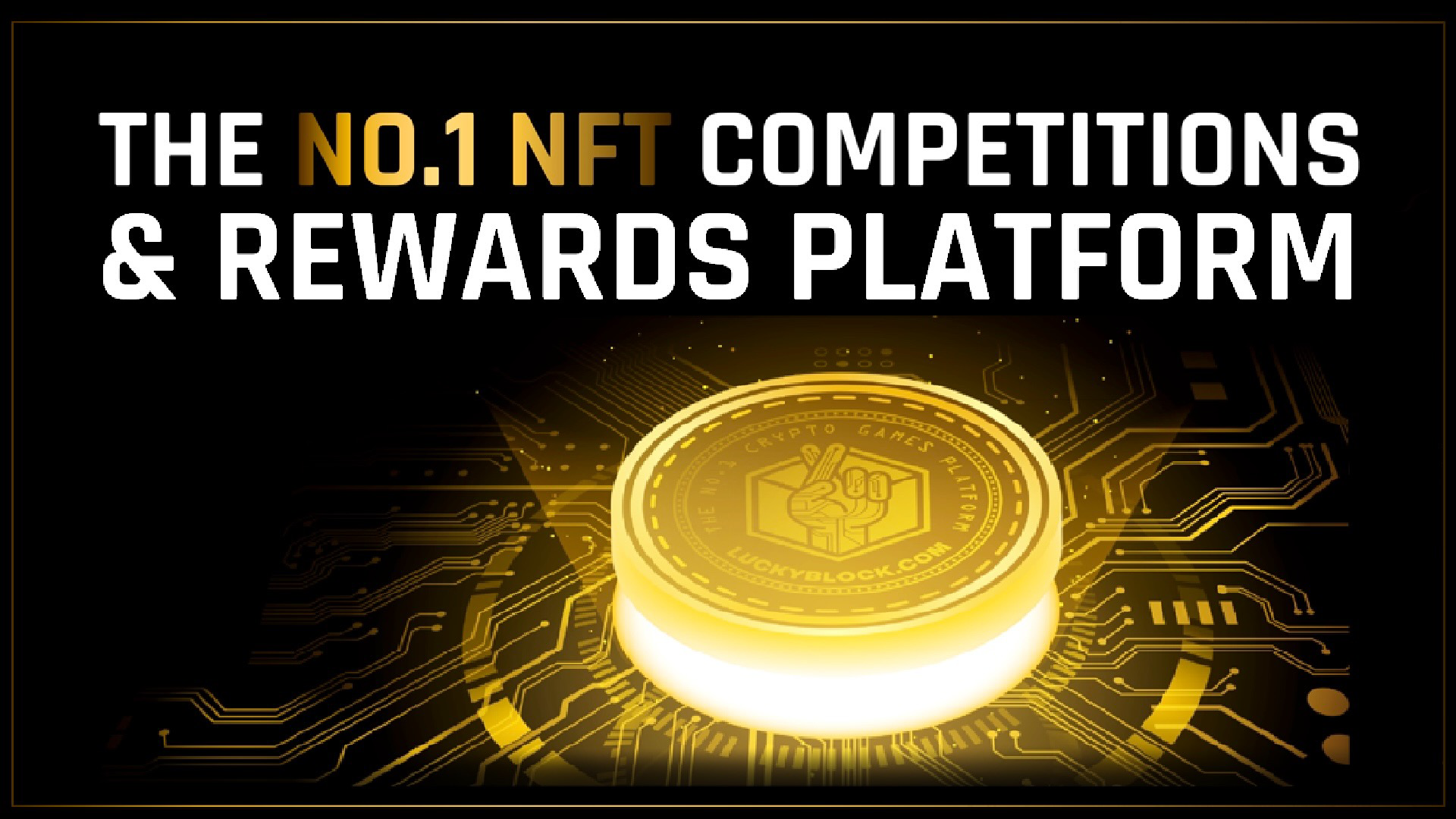 This article is sponsored by Lucky Block.

Lucky Block is offering holders of its NFTs the chance to win a $300,000 Lamborghini or a $1 million house as part of the range of stunning prizes on offer.

The market-leading NFT prizes and competitions platform allows holders to buy entries into competitions via NFT ownership, with other prizes including a Bored Ape Yacht Club NFT, a 5-star luxury holiday, and even $1 million of Bitcoin.

What is Lucky Block and how does it work?

Lucky Block is a blockchain-based competitions platform that offers a range of incredible prizes to owners of their NFTs.

Investors select which competition they want to enter into, buy the corresponding digital ticket NFT from launchpad.xyz, and then wait for the prize draw.

A major USP of the platform is the generous rewards system in place. Investors buy a Lucky Block NFT and are rewarded for holding the NFTs. Rewards are distributed in LBLOCK ⏤ the project’s native token ⏤ which is also available to trade on a number of decentralized (DEX) and centralized (CEX) exchange.

Each draw has a different amount of entries needed to activate the draw, ranging from 10,000 for the Lamborghini and house and 25,000 for $1 million of Bitcoin and is activated after the entries are totally sold out.

There is no limit to the number of ticket entries an individual can hold, so it is possible to double, triple, or quadruple your chances to win by buying more digital ticket NFTs.

Those prizes don’t need NFT entries, but rather ask entrants to complete a series of tasks, such as following the project on social media and sharing it with friends.

What is the Platinum Rollers Club NFT?

Aside from buying individual NFT tickets for the draws, there is also the option of buying a Platinum Rollers Club NFT.

Currently with a floor price of 1.65 BNB (approx $465 at the time of writing), this NFT gives the holder automatic entry into all of the current “Platinum Competition” prize draws and any future draws in that category.

Platinum Rollers Club holders also get a share of the rewards pool, guaranteeing prizes, which is distributed in the Lucky Block native token LBLOCK ⏤ described as one of the best cryptos to invest in for 2022.

The NFT counts as one entry, but there is no restriction on holders buying individual entries for prize draws should they choose to do so.

How do I win a $1M house or Lamborghini with Lucky Block?

As described above, investors can either buy the Platinum Rollers Club NFT and gain automatic entry to “Platinum” prize draws or find the individual competitions and pay for the digital tickets.

The Lamborghini competition is only open to holders of that NFT, with individual tickets not able to be purchased.

NFTs for the $1 million house competition currently have a floor price of 0.66BNB (approx $175) per entry and can be found by heading to the Lucky Block website.

After finding the correct competition, you will be redirected to launchpad.xyz to purchase your NFT and gain entry.

The Lamborghini prize has around 7,000 entries remaining and the house around 9,000 before the draw is made.

Again, there is no limit to how many entries individual investors can make.

However, unlike the other competitions, a higher threshold must be met before the draw is made and a winner is picked, with about 24,000 entries still to be gathered.

With Bitcoin currently trading at less than $19,000, $1 million worth would net more than 50 BTC.

Entries for that prize are currently just 0.26BNB ($70), but depending on how bullish you are on Bitcoin, that could see a multi-million dollar return.

Analysts predict Bitcoin to be trading from anywhere between $100,000 to $1 million each by the end of the decade, meaning that the winner of this competition would be creating the kind of generational wealth many people get in the crypto space to create.

Another prong of the Lucky Block ecosystem is LBLOCK, which acts as the rewards distribution token for holders of the Platinum Rollers Club NFT and is also tradeable on numerous decentralized and centralized exchanges.

The token launched to incredible hype, returning 6,000% gains for early investors and making it one of the most profitable cryptos of the year.

It has since retraced amid the crypto bear market and wider macroeconomic conditions, but the project has continued to develop the coin and it now looks set for huge growth in the coming months.

First, LBLOCK V2 has now been released and is trading on CEXs such as MEXC, LBank and Gate ⏤ pumping again after listing ⏤ with more new listings on major exchanges expected in the future.

LBLOCK V2 is an ERC-20 token built on Ethereum that not only allowed for easier listing on CEXs but eliminated the 12% transaction fee of the V1 coin, which was built on the Binance Smart Chain.

What is the LBLOCK Bridge?

Holders of the V1 token will be able to convert to V2 ⏤ with 1 V1 token returning 0.88 V2 coins ⏤ from October 3 when Lucky Block releases their BEP-ETH bridge.

The Bridge is currently being audited by blockchain security firm Certik to ensure against hacks and cyber attacks.

Cross-chain bridge attacks have been some of the costliest of 2022, with more than $1 billion worth of coins lost to criminials this year.

High profile cross-chain bridge attacks this year include $100 million being taken from Nomad, Harmony losing £200m, Wormhole having $325m taken and ⏤ worst of all ⏤ Axie Infinity seeing $600 million stolen from its Ronin Bridge, a hack that almost destroyed the entire project.

What is the LBLOCK Burn?

Project CEO Scott Ryder made a big announcement at the start of September that LBLOCK will also become a deflationary asset in a move that will increase scarcity and drive up the token price.

From September 30, 1% of the max supply of tokens will be burned on a monthly basis, drastically cutting supply.

In the first round that means 32.5 million LBLOCK tokens will be permanently deleted, leaving LBLOCK as an extremely promising crypto in the coming months.