NRL fans do the ‘Bitcoin boogie’ at the grand final

Anticipation is building ahead of tonight’s NRL grand final between Penrith and Parramatta, although there were bizarre scenes at Accor Stadium as fans danced in an attempt to win cryptocurrency.

Panthers and Eels fans have descended on Accor with history beckoning for both sides. Penrith are aiming to become only the second NRL club to win back-to-back premierships while Parra are hoping to end their 36-year wait for a premiership.

Some supporters have pulled out all the stops on the fancy dress attire ahead of the game, with a buoyant atmosphere developing with kick off moving ever so closer. 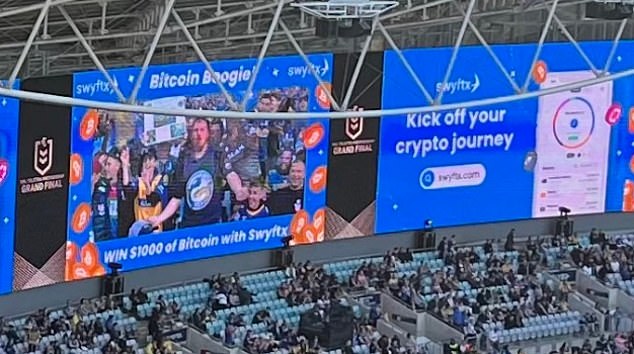 And in bizarre scenes, fans were encouraged to do the ‘Bitcoin boogie’ in the ground with the best performer winning $1000 in cryptocurrency.

Crypto trading has massively grown in recent years and a number of sports across the world have struck partnerships with various trading firms as a result.

Earlier this year, the NRL announced a three-year deal with cryptocurrency exchange firm Swyftx, the first of its kind in the code.

There’s plenty on the line for both sides tonight and it will come as no surprise that tickets for the final at the 83,500-capacity Accor Stadium sold fast, but upon arrival at the venue, some fans were disappointed. 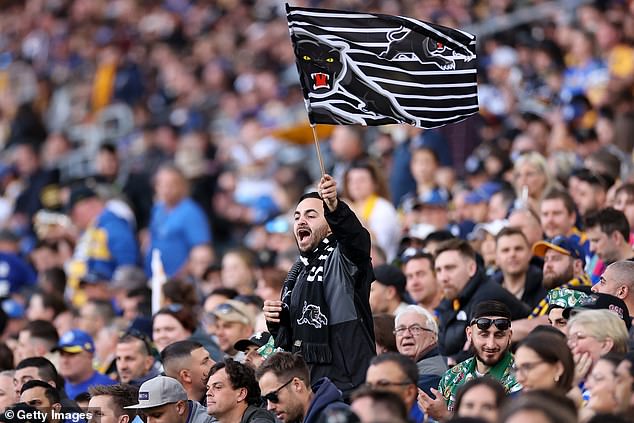 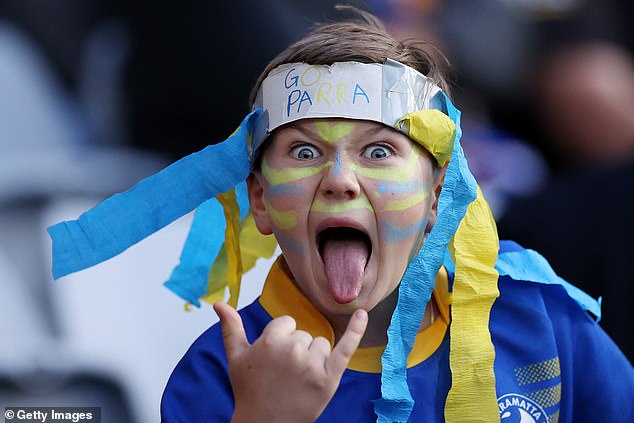 One Penrith fan was dismayed that she would watch the game from the second tier of the stadium despite paying $400 for her ticket.

‘How is a $400 ticket all the way up here?!’ she asked on Twitter. ‘Brought [sic] mine at the start of the finals and this is the best we could get’.

Another posted their view from behind the goal with the caption: ‘$480 for a family ticket,’ clearly not happy with where they were situated.