MKR holders that aped in towards the end of September are pleased with their decision considering the healthy run-up in the last two weeks. The Maker DAO native token earned its way into the list of top gainers after a 43% upside from its September lows.

MKR’s current upside was aided by Maker DAO’s stabilizing total value locked (TVL). The latter peaked at $19.75 billion at the start of December 2021 but has fluctuated since then. It went into free fall from April as seen in the DefiLlama chart below. 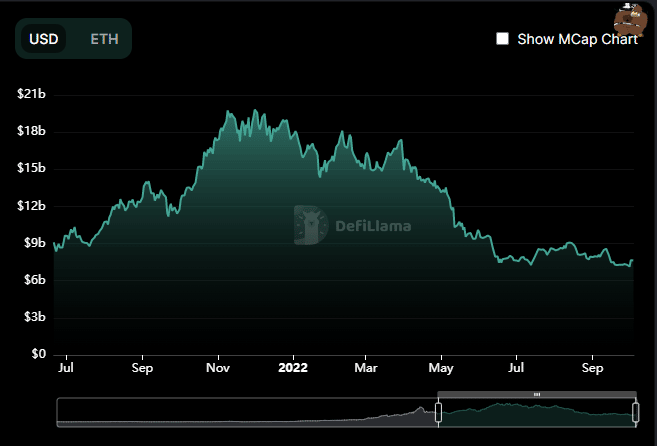 The TVL outflows were exasperated by FUD triggered by the LUNA and UST crash in May. This outcome reflects the impact of the bull and bear markets on the total value locked in lending pools and liquidity protocols.

Protocols, bridges, and lending pools require a lot of liquidity to function.

Unfortunately, unexpected market events that trigger a market crash tend to cause liquidity pool outflows. The UST and LUNA crash in May are ideal examples of instances affecting the protocols’ total value locked (TVL).

Running from the bears

Maker DAO’s TVL took a severe hit as the market crash in Q2 forced many investors to pull their funds. Fortunately, the protocol’s TVL has been stabilizing in the last few weeks.

So much so that it started off this week as Ethereum’s largest protocol by TVL.

Maker DAO’s TVL assessment reflects some on-chain observations. For example, MKR’s supply in smart contracts tumbled from a 6-month peak of 45.52% (of MKR’s circulating supply) at the end of April. It fell as low as 39.38% by mid-June. 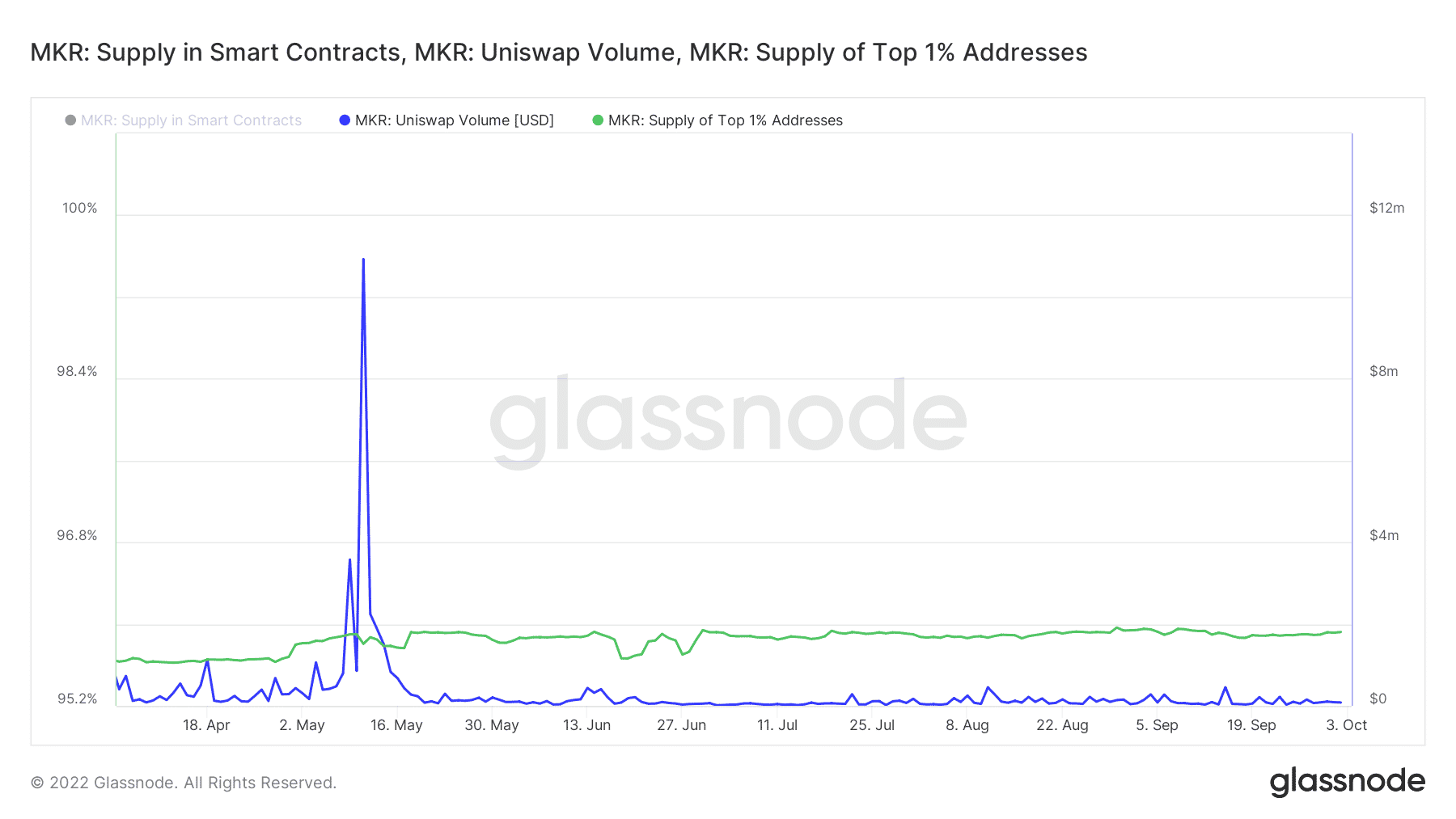 Meanwhile, most of MKR’s supply was still held by the top 1% of addresses. Unlike most of the aforementioned metrics, the supply of top 1% addresses was the only metric that registered an inverse performance in the last six months.

Top addresses increased their balances from as low as 95.63% to as high as 95.96% during the six-month period.

Additionally, the supply on the top 1% of addresses confirmed that whales took advantage of the situation and increased their balances during the turmoil.