Polkadot [DOT] ranked above Ethereum and Solana in this category

The latest data from Santiment revealed that Polkadot [DOT] ranked above Ethereum [ETH] and Solana [SOL] as the blockchain with the highest development activity in the past seven days.

Once again, @Polkadot is leading the dashboard in terms of development activity performance (3124.14) in the last 7D 😎

The collected data is from @santimentfeed. Let’s check out more below for further comparisons 🔥#Polkadot $DOT #DOT pic.twitter.com/jpjjir7FXj

There are some concerns

While development activity on Polkadot continues to rally due to traffic on its parachains, the network has failed to see growth in other regards.

An assessment of the network’s on-chain performance in the last week revealed a decline in the count of daily active users on the network and a drop in its daily revenue.

Toeing a similar path of decline, fees paid to process transactions on the Layer 0 blockchain daily have also dropped, as per data from Token Terminal. 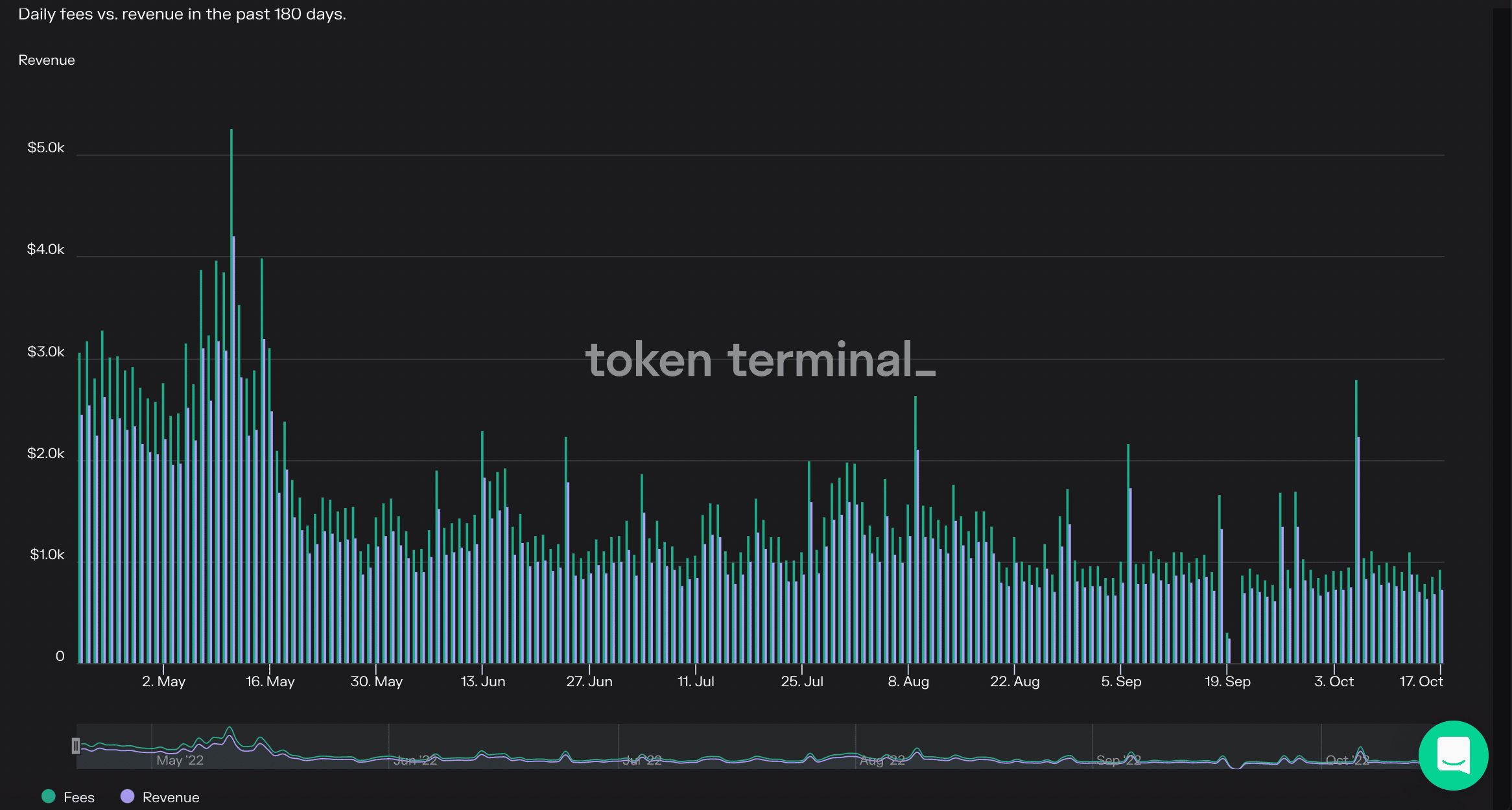 Furthermore, data from Subscan showed a consistent drop in the network’s daily active users since the beginning of the year. After clinching a daily high of 40,360 addresses on 12 November 2021, the count of daily active addresses on Polkadot has since plummeted. As of 18 October, only 1,190 addresses used the chain.

No one is safe

DOT, Polkadot’s native coin, has not been left out of the continued decline that has plagued the network. In the last month alone, the price of the #12 cryptocurrency asset has dropped by 6%. On a year-to-date basis, the asset’s price was down by 77%, data from CoinMarketCap revealed.

The persistent fall in the asset’s price in the last month resulted in a corresponding decline in its trading volume. According to data from Santiment, DOT’s trading volume dropped by 41%. It totaled $189 million, as of this writing.