Avalanche: DeFi, NFTs may be AVAX’s saving grace, but can its price corroborate

Avalanche did not have the best run in terms of growth in the Defi space over the past few months. However, with the launch of a new AMM called liquidity book, things may change for AVAX.

The new AMM will provide active and flexible liquidity provisioning for users. With multiple liquidity shapes to choose from, users can select any one that they prefer to suit their trading strategies.

Liquidity Book is a next-gen AMM deploying on #Avalanche that introduces a number of new features, such as active and flexible liquidity provisioning.

Understanding the basic strategies offered, will enable you to maximise your yield generating activities.

Despite these new developments, AVAX didn’t respond to the news in terms of its growth in the DeFi market. As can be observed from the image below, over the past two months, AVAX’s TVL witnessed a considerable decline.

Although AVAX didn’t witness any improvements in the DeFi space, the network did witness some improvements on other fronts.

Something to look forward to?

As shown in the chart below, Avalanche’s development activity observed an uptick over the past few days. This could be an indication of new updates and upgrades on the Avalanche network. Its volume however, declined from 377 million to 253 million as of 21 October.

While taking a look at Avalanche’s developments in the NFT space, it was observed that NFT collections on Avalanche had observed growth in many areas.

According to AvaxNftStats, a website dedicated to tracking NFT activity on the Avalanche network, the sale of AVAX NFTs increased by 28.5%. Furthermore, a massive uptick was observed in the daily active NFT users over the past few days as well.

Other data such as growing market cap and an increasing volume pointed towards a positive outlook for NFTs on the Avalanche network. 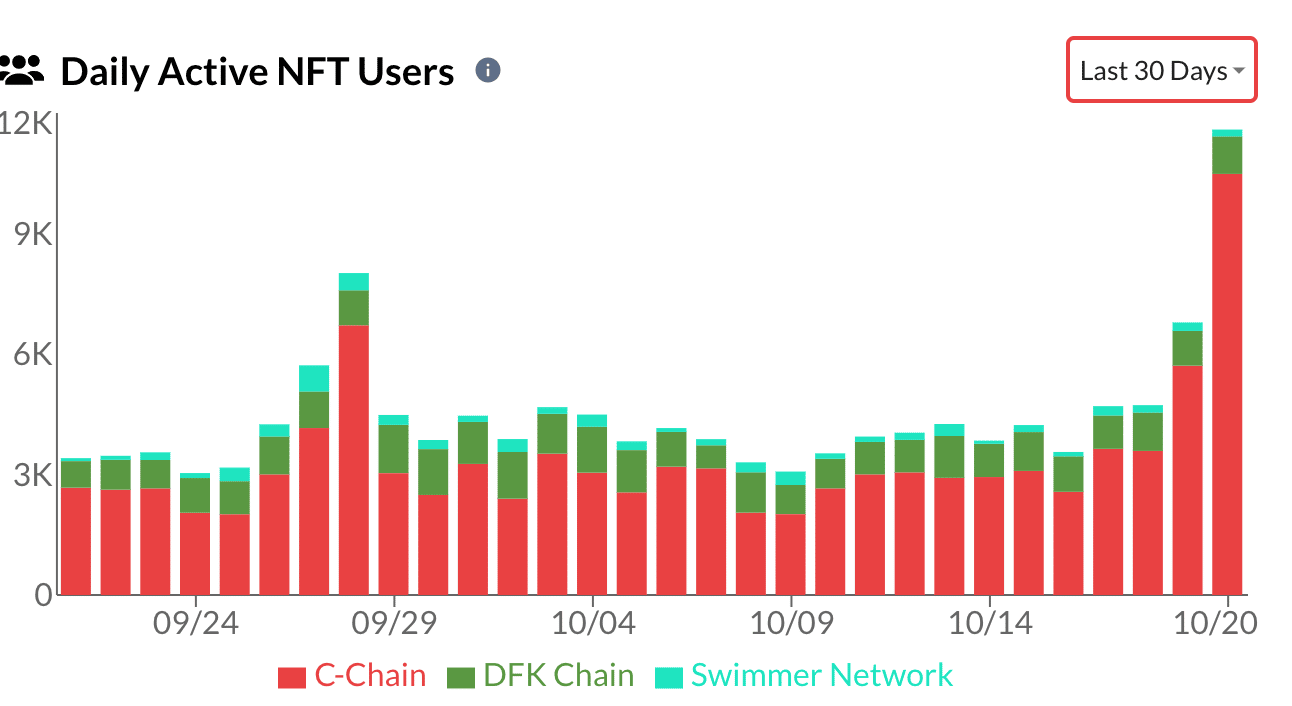 However, AVAX’s growth on the NFT front did not have a positive effect on its price. Since 1 October, AVAX depreciated by 14.86%. After testing the $17.47 resistance twice, the price went on a decline and was trading at $14.85 as of 21 October.

Additionally, the Relative Strength Index (RSI) stood at 29.41 as of 21 October. This indicated that the momentum was at the side of the sellers. The Chaikin Money Flow (CMF) stood at -0.05 on 21 October, indicating a slightly bearish future for AVAX.

Time for blockchain to assume a profile beyond cryptocurrency record-keeping

Time for blockchain to assume a profile beyond cryptocurrency record-keeping