With help from Derek Robertson

Today, the crypto world got a powerful new champion, or at least part of it did.

Rishi Sunak’s election as leader of the U.K.’s Conservative Party paves the way for him to become prime minister, which — among other notable milestones — will make him the most significant world leader to publicly embrace the use of blockchain technology to remake financial markets.

Sunak, who has worked at Goldman Sachs and hedge funds, is a traditional business-friendly conservative who wants to use the technology to give London an extra edge in competing with other finance hubs.

While his arrival promises to boost crypto’s global political standing, it’s also laying bare a growing rift inside the crypto world itself.

The crypto industry, which is looking for a friendly regulatory environment as it scrambles to develop and sell new financial products, welcomed his ascension. “This is nothing but a positive,” said Simon Jones, the London-based CEO of Voltz, a decentralized finance protocol for interest rate swaps that launched in June.

Members of the crypto movement, which was founded in the rejection of existing financial and monetary institutions, are treating it more warily.

“I would be very careful when a politician says they are ‘crypto-friendly,’” said Alex Gladstein, chief strategy officer of the Human Rights Foundation and an advocate of Bitcoin adoption. “This is usually code for wanting to control, censor, constrict and regulate use of Bitcoin and cryptocurrency.”

As chancellor of the exchequer, Sunak unveiled a plan to make the U.K. a global crypto hub this spring, going so far as to commission an NFT from the Royal Mint “as an emblem of the forward-looking approach the UK is determined to take.”

Since then, he’s resigned from Boris Johnson’s cabinet and lost a leadership race to Liz Truss, but his surprise comeback now revives the prospects for his digital assets agenda.

Post-Brexit, the U.K. finds itself competing with, rather than working within, the European Union, which finalized proposed rules for much crypto activity earlier this month. As chancellor Sunak crafted a still-pending bill to bring regulatory clarity — and an accommodating stance — to the sector in Britain.

It’s likely that Paris, one of the continent’s top crypto hubs, would be the first to feel the heat from an industry-friendly shift across the English Channel. But his move could also eventually put pressure on the U.S. to take a more accommodating approach, industry watchers said.

First, however, Sunak will have to stay in office long enough to see his agenda through. The financial turmoil set off by Truss’s budget plans wrecked her government in record time, and until Sunak can calm it, the rest of his political future remains in doubt.

Charley Cooper, manager director of R3, a firm with offices in New York and London that offers blockchain software to regulated financial institutions, said he wasn’t taking the passage of new crypto rules for granted, given the more pressing problems facing the U.K.

“Is this even on Rishi Sunak’s priority list right now?” Cooper asked. “He’s got bigger fish to fry.”

Sunak’s establishment orientation, meanwhile, has put him at odds with many of the libertarian-leaning iconoclasts — and more recently, right-wing populists — who have flocked to crypto as a tool for disrupting the financial status quo.

He has expressed interest in central bank digital currencies — and worked with G7 financial authorities on their development — which are opposed by many libertarian crypto backers, who cite concerns like financial surveillance.

“A wolf dressed in sheep’s clothing is one who runs around saying ‘crypto’ and talks about CBDCs,” opined Bitcoin investor Preston Pysh on Twitter. “I’d argue potentially more dangerous than people who have no clue.”

Since its founding 35 years ago, TSMC has worked with startup companies to accelerate semiconductor innovations in America by providing access to process technologies and manufacturing capacity. This year, we welcomed 19 American customers to exhibit at our Technology Symposium Innovation Zone where event attendees were able to explore firsthand how they achieved success by partnering with TSMC. Their success validates the passion and value TSMC brings to this robust and vibrant ecosystem worldwide. Learn more.

Just when you thought you were safe from tax season: POLITICO’s Bernie Becker reports in today’s Weekly Tax newsletter on the new tax reporting requirements for crypto brokers like Binance and Coinbase, which are already causing headaches despite not going into effect until 2024.

The fundamental issue: crypto brokers are required to track and report to the IRS the transactions that occur on their platforms starting next year — but the Treasury Department is waffling on its final guidance for the reporting requirements that were written into last year’s infrastructure bill, leading the industry to expect a delay in enforcement.

As Bernie writes, “A department official told Weekly Tax that the regulations were a priority and that Treasury would release proposed regulations and invite public comment before any rules were finalized,” but industry-watchers are perplexed as to why it’s taken so long given both the head start the Treasury and IRS had working on crypto rules even before the infrastructure bill passed.

Both established firms like Deloitte and crypto-specific startups like TaxBit have been offering guidance to taxpaying crypto holders of all stripes who are attempting to make their way through the early morass of regulations — in fact, they’ve teamed up to do it — but whether regulators and the industry are ready or not, that effort will soon be subject to a statutory demand. — Derek Robertson 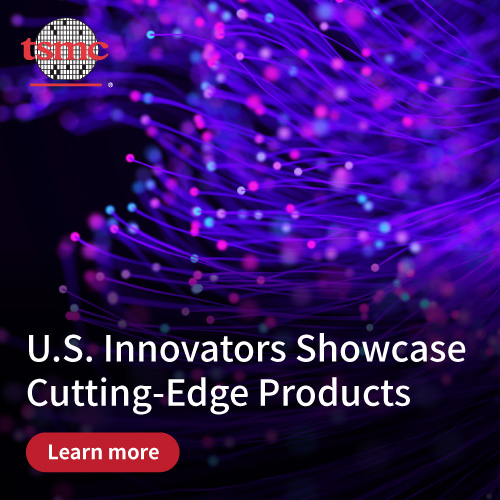 The era of so-called “permissionless innovation” is over for Big Tech, said one of its most aggressive antagonists in Washington.

The idea that antitrust regulators “should really err on the side of being hands off because any instances in which firms would acquire market power would be quickly dissolved through new entry” has been proven invalid, FTC chair Lina Khan told an audience in Utah on Friday as POLITICO’s Josh Sisco reported for Pro subscribers.

Khan is currently in the thick of a high-profile test case, as her agency is suing Meta over its acquisition of a virtual reality workout app company. Meta says the FTC is intervening prematurely in an industry too young for serious antitrust concerns. Khan, of course, begs to differ, and told the audience that early action is necessary to “prevent markets from tipping and forming companies from locking in their market power in ways that can make competition much more difficult,” as Josh reported.

Khan’s remarks were a pointed reminder of the philosophical conflict that could define this decade of tech innovation and regulation, regardless of the electoral climate — although the FTC chair is chosen by the president, each individual commissioner is elected for a seven-year term. — Derek Robertson

Ben Schreckinger covers tech, finance and politics for POLITICO; he is an investor in cryptocurrency.

If you’ve had this newsletter forwarded to you, you can sign up and read our mission statement at the links provided.

Since its founding 35 years ago, TSMC has worked with startup companies to accelerate semiconductor innovations throughout the world by providing access to process technologies and manufacturing capacity. Our partnership with these startup customers allows them to invest in next-generation semiconductor design and innovation rather than in capital-intensive manufacturing, which has given them the flexibility to innovate broadly and creatively. This year, we were thrilled to welcome 19 American customers to exhibit at the first-ever in-person Innovation Zone where event attendees were able to explore firsthand how they achieved success by partnering with TSMC. Their success validates the passion and value TSMC brings to this robust and vibrant ecosystem worldwide. We are committed to supporting the startup community in this exciting period of transformation and truly honored to be growing together with them. Learn more.