Why is cryptocurrency volatile? – CryptoMode 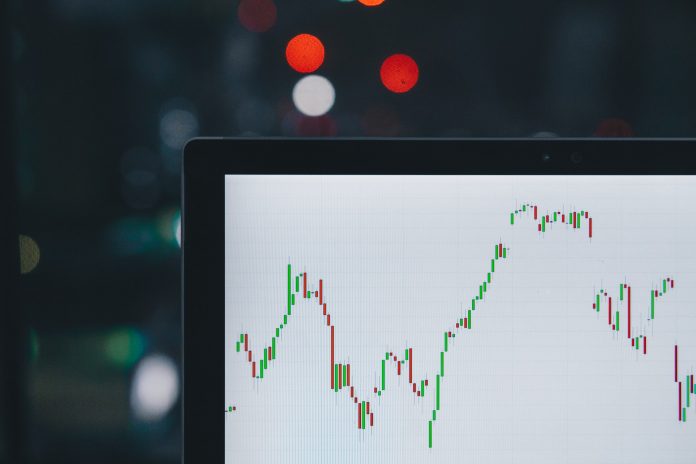 A cryptocurrency is a new form of currency that exists online. It’s decentralized, so it can be traded directly between two people without involving banks or other third parties. However, their value is incredibly volatile and changes several times per day.

Cryptocurrencies act as digital money, but they aren’t printed like regular money; instead, the currency is created by computers that do math problems in exchange for coins. These coins are stored in digital wallets and exist only on the Internet.

Risk Leads To Being Volatile

While this may sound risky, cryptocurrencies have become increasingly popular over time due to their anonymity and ease of use compared to traditional fiat currencies like dollars or euros.

Cryptocurrency has become so mainstream that many companies accept payments in these virtual currencies as payment for goods and services! However, some people wonder why cryptocurrencies are volatile. Their prices fluctuate significantly up or down over short periods.

It is good to wonder whether those fluctuations could harm users who invest in them. Let’s take a look at some possible reasons why.

Because it’s new and still being tested

Cryptocurrency is still in its infancy. It’s new, experimental, and hasn’t yet been thoroughly tested in the public’s opinion. So, unfortunately, there are no agreed-upon standards or technical specifications to ensure your crypto coin will work as expected.

The lack of standardization makes it difficult for investors to analyze the different cryptocurrencies, which can affect their value. With such fast-moving markets, timing one’s trades is essential. No one is late to the Bitcoin party, but the same doesn’t apply to altcoins.

That said, cryptocurrency technology has shown tremendous promise and is constantly improving, thanks primarily to the open-source software development model used by many teams worldwide today.

Because it’s digital and may be vulnerable to hackers

Some skeptics also argue that the high volatility of cryptocurrencies indicates a bubble. They fear an unsustainable rise in prices followed by a crash once people realize they aren’t worth as much as they thought. This argument is strengthened by the fact that many cryptocurrencies were only valued at fractions of cents before experiencing meteoric rises over short periods — sometimes just hours or days after being launched!

In addition to these reasons, several other factors contribute to why cryptocurrencies tend to fluctuate so wildly. The main issue is the lack of regulatory oversight.

The markets are unregulated and volatile

That means no central bank, government, financial authority, or regulatory body oversees the market so that participants can trade freely with minimal risk of fraud or manipulation by malicious actors.

Unfortunately, the lack of regulation makes it easy for bad actors to get involved because they can manipulate the markets. This instability is terrible news when trying to make money from your investments.

The best way for governments to reduce volatility would be by implementing regulations around cryptocurrencies similar to those they use with stocks and bonds. That means

Remember that the situation isn’t as black-and-white as some regulators make it.

Because it’s not tied to any government

Cryptocurrency is not tied to any government. That lack of regulation means it is not subject to the same regulations as other currencies.

Cryptocurrencies are also not backed by any assets or physical goods, which means they are highly volatile compared to other currencies, such as the US dollar or Euro. However, fiat currencies are volatile, too, albeit governments defend pegs tooth and nail.

Because there’s not enough of it

There’s a limited supply of cryptocurrency, meaning demand can outstrip the available supply. That can happen for various reasons, but when it does, the value of that particular crypto asset increases.

If there’s more demand than supply, then it drives up prices. However, if people buy lots of coins with cash or other currencies to get an early start on their investments (or because they think they’ll be able to sell at a profit), then it might even cause prices to increase faster than they should.

It is why we see such dramatic price swings during periods when cryptocurrency is supposed to be growing in popularity. When customers all attempt at once or close together over time, there isn’t enough product available on exchanges or elsewhere for everyone who wants some right now!

Cryptocurrency is still a new phenomenon. In addition, the cryptocurrency markets are relatively small, and thus it’s difficult for the market to adjust quickly when significant changes occur. As a result, it can lead to price volatility as investors react to these events.

There aren’t enough safeguards in place yet. You’ll probably lose some money if you buy cryptocurrency without doing your due diligence first by researching where exactly it comes from and who made it before deciding whether or not you should invest yourself!

Since Bitcoin was created in 2009, there hasn’t been much need since nobody could easily find out who owned what anymore! However, things have changed, partly thanks to all those hungry investors looking out for themselves above individual needs.

There is more to cryptocurrencies than meets the eye at first. While these assets are volatile, their long-term value potential favors a bullish mindset.

Check out our education category if you’re interested in learning more about cryptocurrencies and how they work.

CryptoMode produces high quality content for cryptocurrency companies. We have provided brand exposure for dozens of companies to date, and you can be one of them. All of our clients appreciate our value/pricing ratio.
Contact us if you have any questions: [email protected]
None of the information on this website is investment or financial advice. CryptoMode is not responsible for any financial losses sustained by acting on information provided on this website by its authors or clients. No reviews should be taken at face value, always conduct your research before making financial commitments.

BlazeSwap DEX Is Set to Enhance DeFi on the Flare Blockchain