In an ever-changing market, MATIC price managed to sustain its rise over the last four weeks. In the future, too, this rise is expected only to grow further, given Polygon’s standing in the DeFi market. This, along with the expanding demand and bullish pressure from the investors, might push MATIC toward $1.

Along with the likes of Dogecoin and Ethereum, MATIC price also noted an increase. However, the monthly rise of MATIC superseded other major cryptocurrencies as the altcoin rose by almost 34%. With the cryptocurrency currently trading at $0.93, MATIC is inching closer to $1, which serves as a critical psychological resistance .

There is a fair chance that MATIC could touch this level over the next few days, provided the bullishness persists. However, the chances of the same happening seem to be slim since the Relative Strength Index (RSI) is heading into the overbought zone. The uptrend could slow down from here on, and MATIC could even see some correction during the cooldown.

However, since the altcoin has the support of all three Simple Moving Averages (SMA) – 50-day (red), 100-day (blue) and 200-day (green) – it may be able to prevent excessive drawdown.

Polygon in the DeFi market

According to the DeFi Llama’s data, over the last 24 hours, Polygon emerged as the bigger DeFi blockchain in terms of DEX volume. Surpassing Binance Smart Chain (BSC) by almost $10 million, Polygon conducted DEX transactions worth $234 million. 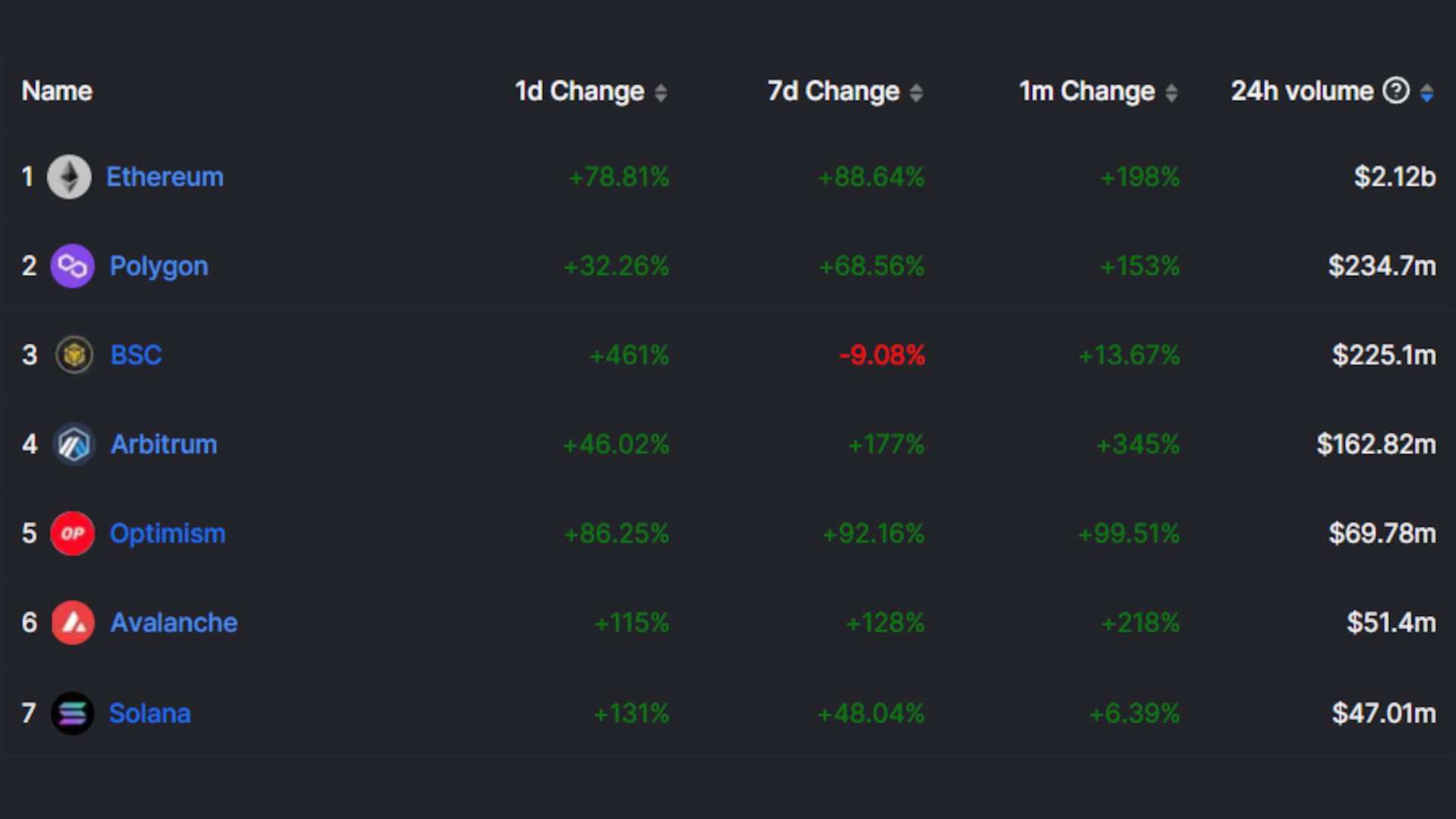 However, beyond the DeFi market too, Polygon is noting demand. On October 26, BitPay announced that the platform would be adding support for Polygon and MATIC, allowing users to buy, store, swap and spend through the platform.

This would provide MATIC exposure to a wider audience base, improving its reach significantly.